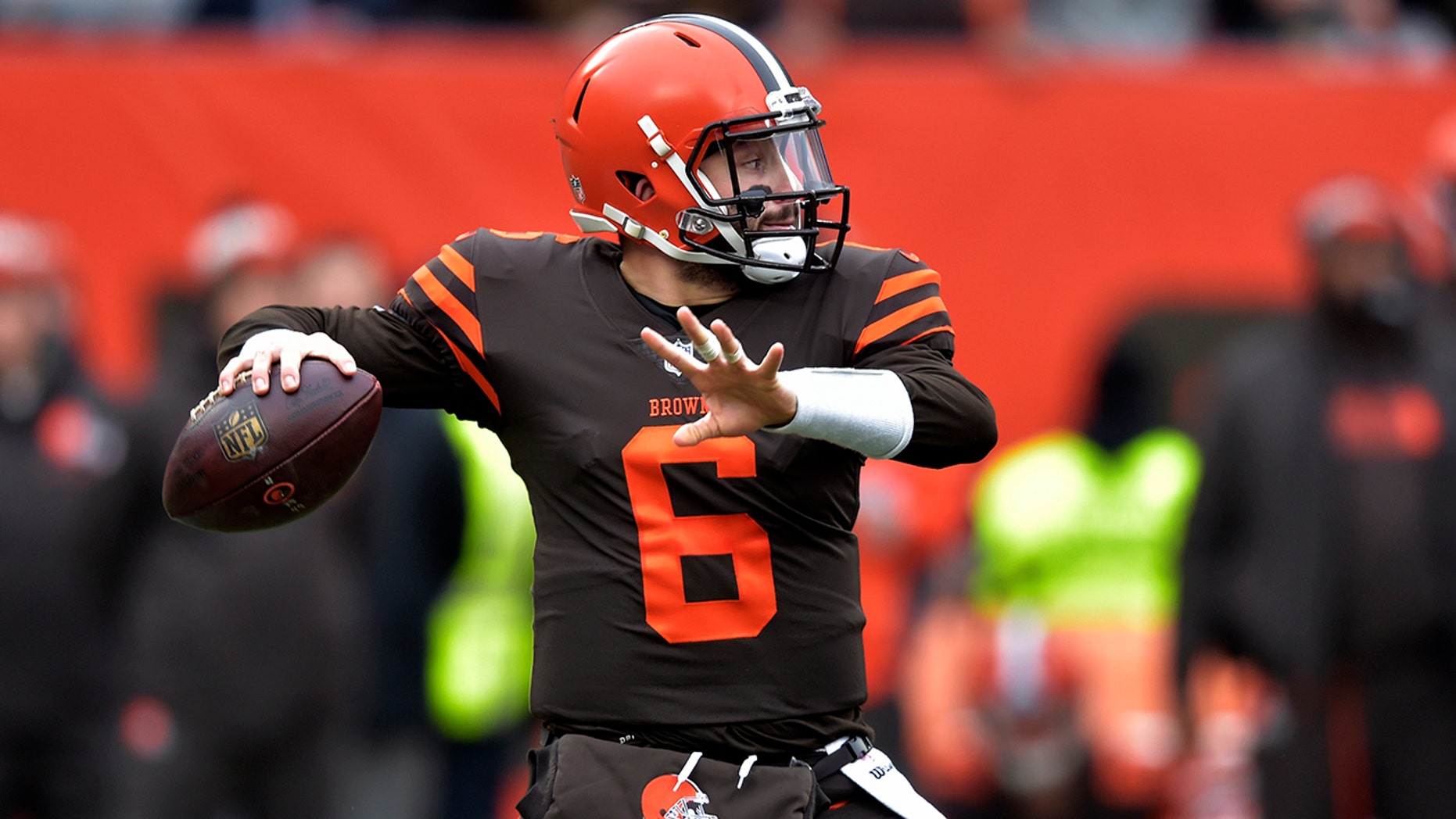 Cleveland Browns quarterback Baker Mayfield throws during the first half of an NFL football game against the Cincinnati Bengals on Sunday, Dec. 23, 2018, in Cleveland.
(AP Photo/David Richard)

In the fourth quarter, Mayfield connected with tight end David Njoku on a 66-yard catch and run that sealed the win, with Mayfield then taking three snaps out of the victory formation as the clock wound down. But after the big pass to Njoku, Mayfield was seen running downfield staring at Jackson. The rookie also appeared to backpedal in an effort to get a longer look at Jackson.

Mayfield downplayed the incident when asked about it in the postgame press conference.

“No, no idea what you are talking about,” he said, according to Cleveland.com. “Yeah.”

Mayfield has expressed his displeasure with Jackson since the former Browns head coach was fired earlier in the season. Jackson was hired to be a consultant under Bengals head coach Marvin Lewis soon after his dismissal in Cleveland.

Mayfield refused to embrace Jackson when the two met at midfield during their matchup in November. He later said he wasn’t happy with Jackson taking the job with the Bengals.

“Left Cleveland, goes down to Cincinnati, I don’t know. It’s just somebody that was in our locker room, asking for us to play for him and then goes to a different team we play twice a year,” Mayfield told reporters. “Everybody can have their spin on it but that’s how I feel.”