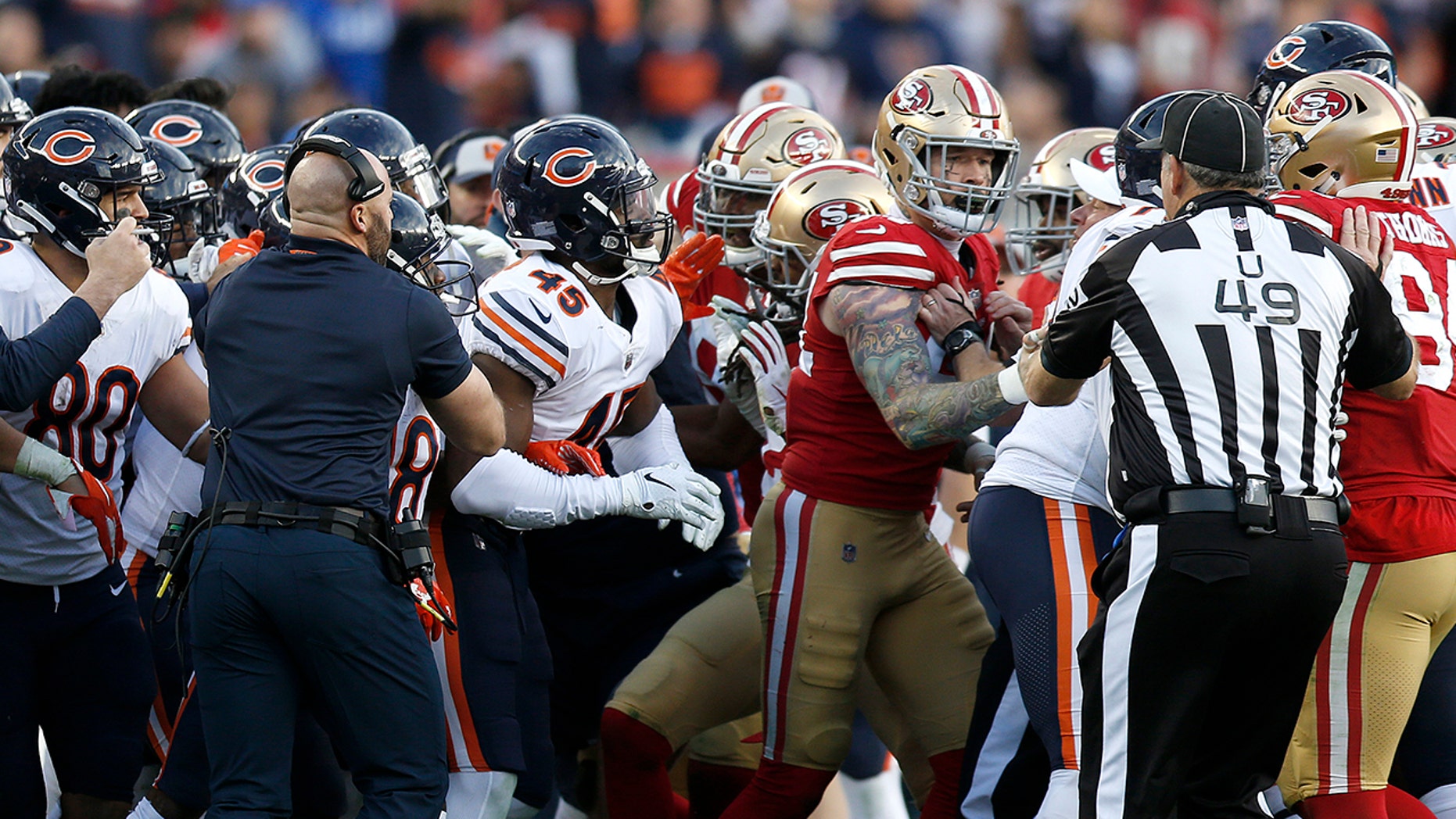 Coaches and officials try to separate Chicago Bears and San Francisco 49ers players during the second half of an NFL football game in Santa Clara, Calif., Sunday, Dec. 23, 2018.
(Associated Press)

A late hit on Chicago Bears quarterback Mitchell Trubisky sparked a brawl on the sideline in the fourth quarter during a game against the San Francisco 49ers on Sunday.

With under six minutes to play, Trubisky snapped the ball and dropped back but couldn’t find any receivers open. He took it upon himself to run for the first down and as he was sliding to avoid getting hit, he was tackled by 49ers defensive back Marcell Harris.

Harris’ hit on the Bears sideline sparked a fight with the safety and Trubisky in the middle of the skirmish.

Bears wide receivers Anthony Miller and Joshua Bellamy, along with 49ers cornerback Richard Sherman, were ejected from the game following the play. Trubisky’s first down was also erased on the ensuing penalties.

Sherman spoke about the ejection after the game, according to ESPN.