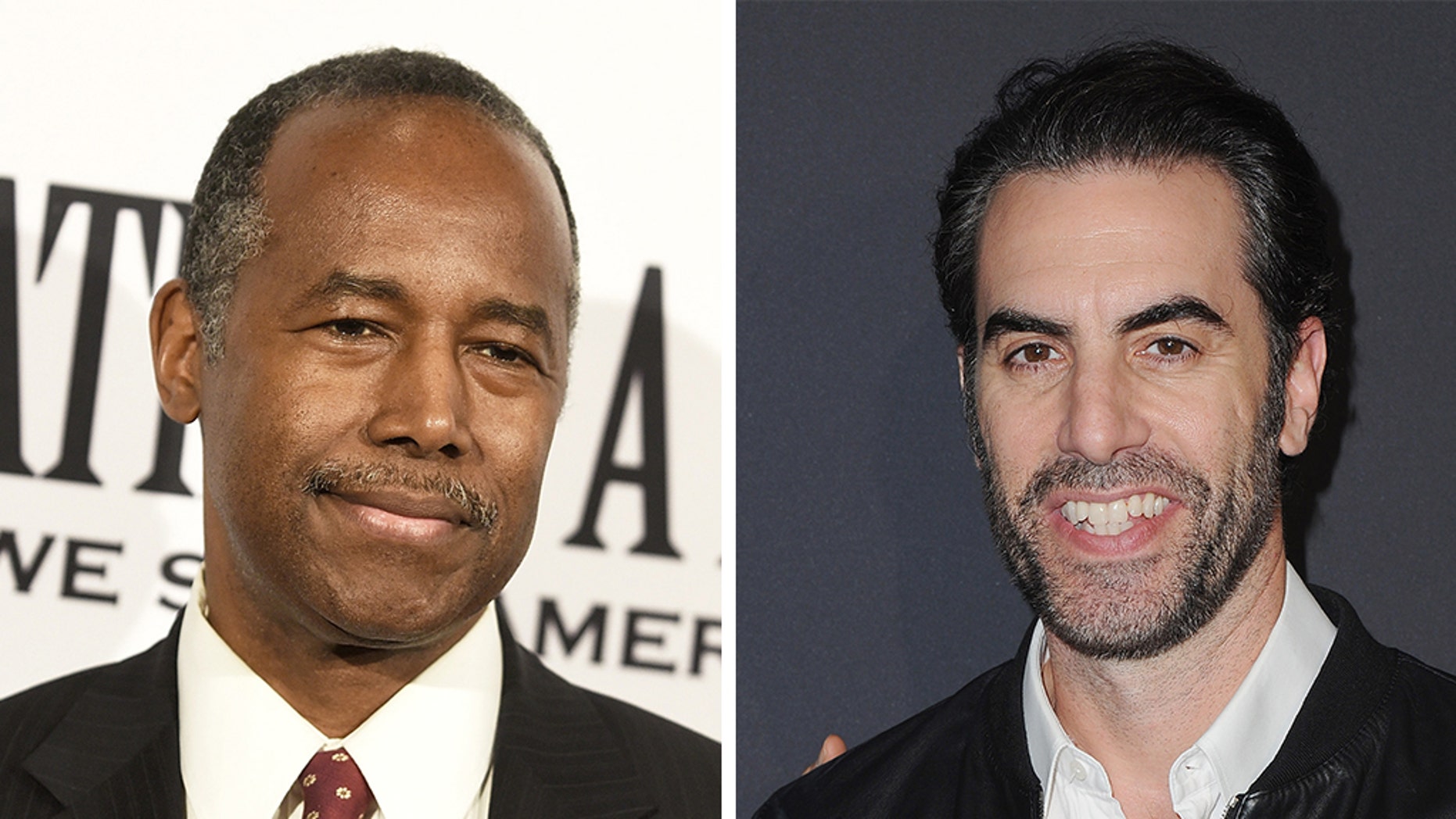 Sacha Baron Cohen said he almost added Ben Carson, the Secretary of Housing and Urban Development, to his roster of high-profile figures he pranked on his controversial comedy series “Who is America?”
(Getty, File)

Sacha Baron Cohen almost added Secretary of Housing and Urban Development Ben Carson to his roster of high-profile figures he pranked on his controversial comedy series “Who is America?” but he revealed the White House thwarted his attempt at the last minute.

The “Borat” actor and Carson’s team set up an interview at the Mandarin Hotel in Washington, D.C., Cohen told Deadline in an interview published last week.

He’d been living “undercover and in disguise” in D.C. for a few weeks leading up to the interview. Cohen said that on the day of the interview, they’d had “bad luck [because] there was a big international conference of politicians” at the hotel.

Cohen’s team and Carson’s team — which included his own Secret Service detail and White House press staff — made it to the room for the interview, and Cohen made his way toward the camera, in character for the show.

“This character has a bunch of Shopkins [collectible toy figures], and the White House press representative was there,” Cohen recalled. “He says, ‘What are those?’ I say, ‘These are Shopkins.'”

Cohen said the press rep questioned why the Shopkins were there, to which he replied: “It’s because that’s what I do, I unbox Shopkins.”

At that point, Cohen said, Carson was “literally walking in front of the camera. He’s just about to enter the frame and this guy from the White House had an instinct and he said, ‘Pull him.'”

“And suddenly the Secret Service pulled him out. So the most I got to see was Ben Carson’s leg,” Cohen told Deadline.

SHERIFF JOE ON SACHA BARON COHEN INTERVIEW: ‘I MADE A BAD MISTAKE’

And so, Carson wasn’t duped by Cohen, like many of America’s politicians did. Sen. Bernie Sanders, I-Vt., appeared on the show — even though Cohen said his “people had been suspicious from day one.”

Former Maricopa County, Ariz., Sheriff Joe Arpaio, Rep. Dana Rohrabacher, R-Calif., and former Rep. Joe Walsh, R-Ill., were among those tricked by Cohen. Former Alaska Gov. Sarah Palin was also interviewed by Cohen and voiced her anger, but he claimed she was cut from the show because “there was no comedy gold.”