Indian officials have repeatedly traveled near the remote island where an American missionary was killed by an uncontacted tribe — but authorities still don’t know how they’re going to actually get on the land to recover his body.

John Allen Chau, 26, of Vancouver, Wash., was killed while trying to make contact with North Sentinel Island’s Sentinelese tribe, which has been known to attack outsiders with bows and arrows.

“They are a treasure,” director-general of police on the Andaman and Nicobar island groups Dependera Pathak said of the Sentinelese people. “We cannot go and force our way in. We don’t want to harm them.”

Visitation to North Sentinel Island is heavily restricted by the Indian government and contact with the Sentinelese tribe who lives there is illegal, in order to protect their indigenous way of life and prevent the spread of diseases.

Scholars believe the Sentinelese are descendants of Africans who migrated to the region about 50,000 years ago. The tribe survives on the small, forested island by hunting, fishing and gathering plants.

Upon seeing Chau, the tribesmen reacted angrily, the American wrote. He attempted to speak their language and sing worship songs, however, no one has been able to successfully speak the language of the Sentinelese people. Chau was illegally ferried by to the island by fishermen before taking a kayak alone to shore, according to the Washington Post. 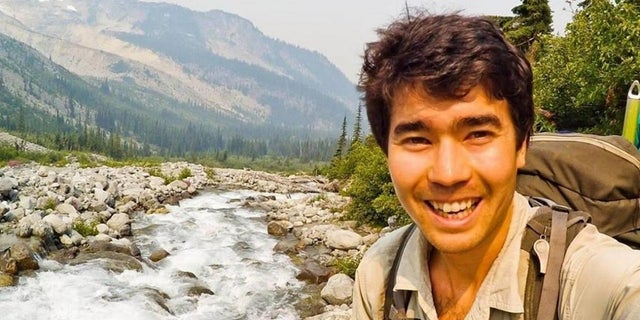 In an email to Chau’s mother, Lynda Adams-Chau, a fellow missionary wrote the fishermen saw the tribe burying the adventurer on the beach the next day. Several of the fishermen involved in helping Chau travel to the island, as well as a friend who helped organize the boat trip, have been arrested.

On Friday, a boat carrying police and other officials approached the island watching the tribe through binoculars. On Saturday, the tribesmen were armed with spears and bows and arrows, but they didn’t attempt to engage officials, Pathak said.

Authorities said they haven’t given up hope on recovering Chau’s body, but are moving gingerly and taking cues from what happened when two fishermen drifted onto the island in 2006. The Sentinelese killed the fishermen, buried them on the beach but then dug up their corpses and propped them upright. Those bodies were never recovered.

“We are looking carefully at what happened then, and what [the Sentinelese] did,” Pathak said. “We are consulting anthropologists to see what kind of friendly gesture we can make.”

Fox News’ Louis Casiano and the Associated Press contributed to this report.