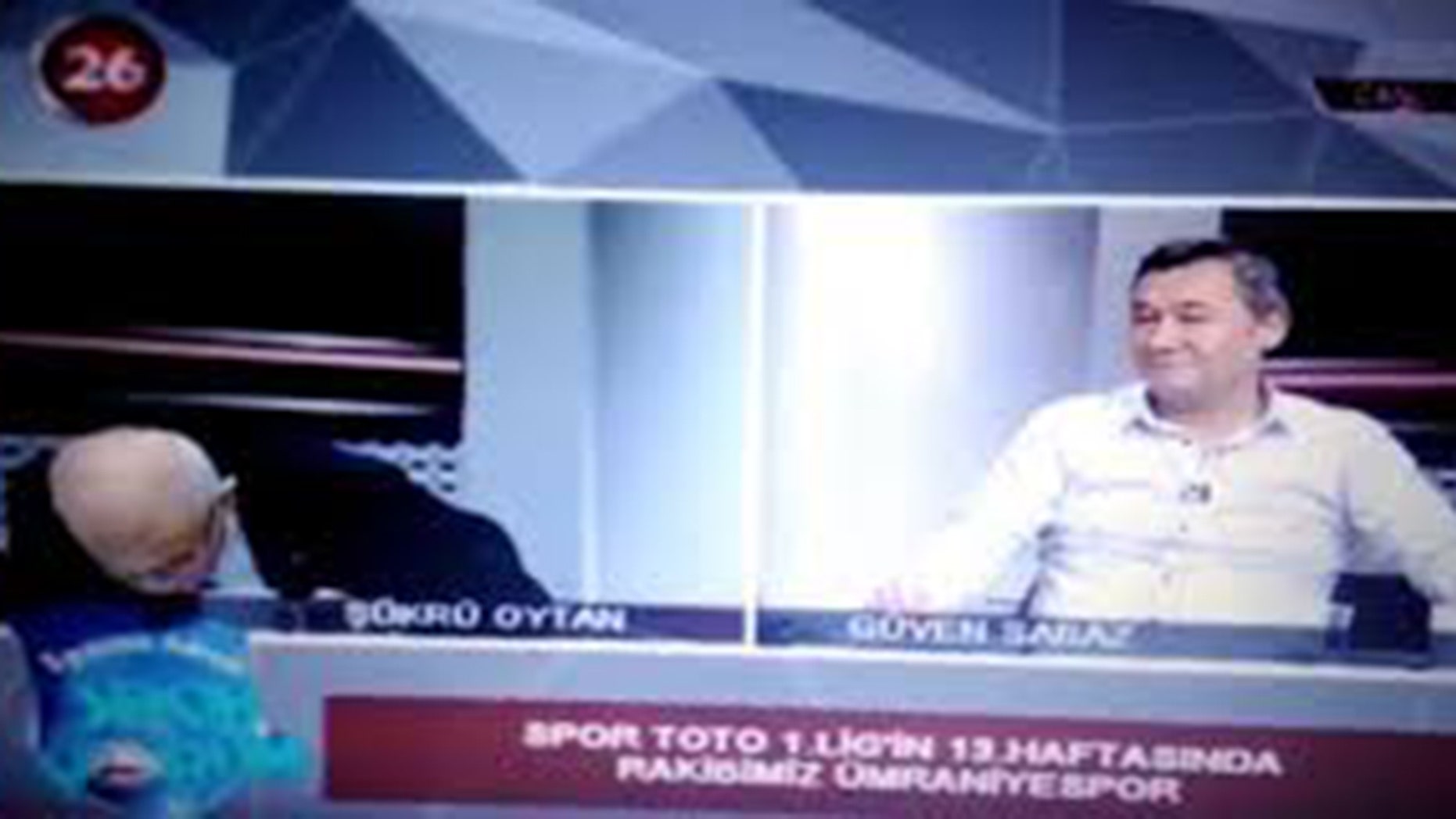 Just tens days after being fitted with a pacemaker, a TV sports presenter dramatically suffered a heart attack live on-air.

Sukru Oytan can be seen in video footage suddenly slumping on the desk in front of him, before sliding off his chair and falling onto the studio floor.

The startling scenes were recorded on a local television channel in Turkey’s Eskisehir province.

After a short silence, he can be seen leaning with his head resting against the table, while his co-presenter, Guven Sabaz, appears to be confused about what to do in the situation.

He can be seen panting as he bends over and Sabaz begins walking over to his colleague but Oytan falls out of his chair and onto the floor in a heap.

Turkish media said that Oytan had suffered a heart attack on-air and was rushed to the hospital, where he is now reportedly in a stable condition.

In a statement, the local television channel said that 10 days prior to the incident, the presenter had undergone a procedure to have a pacemaker fitted after being diagnosed with arrhythmia – slow or irregular heartbeats.

The device is connected to people’s heart muscles by one or two leads, and can be life-saving as it can relieve some arrhythmia symptoms such as fatigue and fainting.

If your heart rate is too slow, it sends an electrical signal to the heart muscle to start a heartbeat.

This article originally appeared in The Sun.