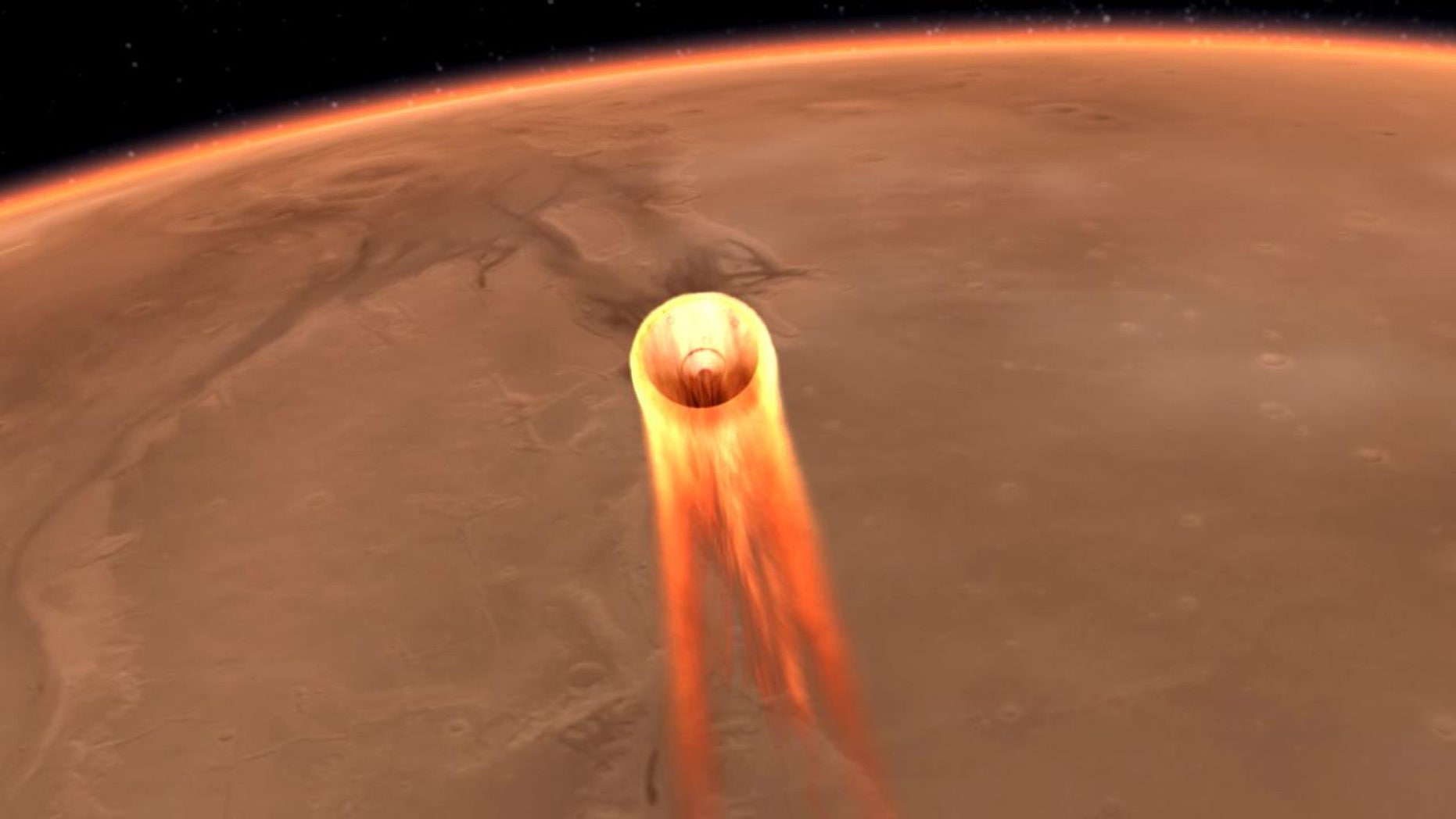 For NASA, the Monday after Thanksgiving will not be a day to eat leftovers or shop for presents online. Instead, it will be a living nightmare that it will have no control over – it willl undergo “seven minutes of terror” to get to Mars.

Six months after it launched, the InSight spacecraft will enter Mars’ atmosphere, after having traveled nearly 100 million miles, at supersonic speeds of more than 12,000 mph. If all goes well, it will hit the brakes to get to a soft, safe landing on Mars’ red plains. The InSight lander, which cost $828 million, is on schedule to land around 3 p.m. ET on Monday, Nov. 26.

But it’s the last few minutes of the spacecraft’s journey that has NASA worried.

“There’s a reason engineers call landing on Mars ‘seven minutes of terror,'” said Rob Grover, InSight’s entry, descent and landing (EDL) lead, based at NASA’s Jet Propulsion Laboratory in Pasadena, California, in a statement on Wednesday. “We can’t joystick the landing, so we have to rely on the commands we pre-program into the spacecraft. We’ve spent years testing our plans, learning from other Mars landings and studying all the conditions Mars can throw at us. And we’re going to stay vigilant till InSight settles into its home in the Elysium Planitia region.”

While the InSight lander is descending, it will be hit with extreme temperatures, speeds and forces. In an attempt to prevent any damage to the craft, NASA chose a “vanilla ice cream” landing site, the Elysium Planitia, which is flat and featureless.

“If Elysium Planitia were a salad, it would consist of romaine lettuce and kale – no dressing,” said InSight principal investigator Bruce Banerdt at NASA’s Jet Propulsion Laboratory in a separate statement. “If it were an ice cream, it would be vanilla.” 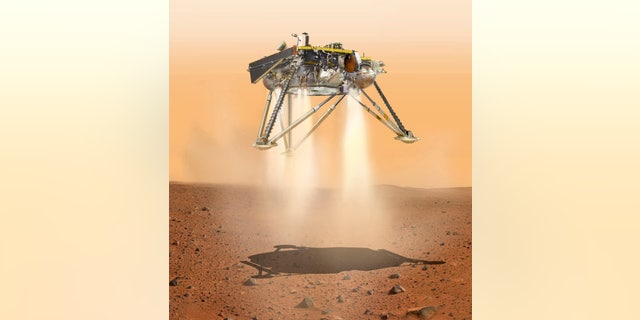 This illustration made available by NASA in October 2016 shows an illustration of NASA’s InSight lander about to land on the surface of Mars. NASA’s InSight spacecraft will enter the Martian atmosphere at supersonic speed, then hit the brakes to get to a soft, safe landing on the alien red plains. After micromanaging every step of the way, flight controllers will be powerless over what happens at the end of the road, nearly 100 million miles away. (NASA/JPL-Caltech via AP

In addition, the InSight will also autonomously deploy a parachute and ignite its onboard thrusters to help it land safely. Because Mars’ atmosphere is significantly thinner than Earth’s, everything will need to go right to help it land gently, something that has been difficult to achieve in the past.

Once it’s safely on the surface, that’s when the excitement begins, said Lori Glaze, acting director of the Planetary Science Division at NASA Headquarters. “Once InSight is settled on the Red Planet and its instruments are deployed, it will start collecting valuable information about the structure of Mars’ deep interior – information that will help us understand the formation and evolution of all rocky planets, including the one we call home,” she said.

The last lander to be lost on the Red Planet was the Mars Polar Lander. It launched on Jan. 3, 1999 and NASA last made contact with it on Dec. 3, 1999 after it failed to re-establish communication with Earth as it was descending, likely due to a premature termination of the engine prior to hitting the surface.

Project manager Tom Hoffman says by the time they hear anything, the whole thing will be over. The communication lag between Mars and Earth is eight minutes. If all goes well, the lander will spend the next two years digging into Mars and doing other experiments.

“Landing on Mars is hard. It takes skill, focus and years of preparation,” said Thomas Zurbuchen, associate administrator for the Science Mission Directorate at NASA Headquarters in Washington. “Keeping in mind our ambitious goal to eventually send humans to the surface of the Moon and then Mars, I know that our incredible science and engineering team – the only in the world to have successfully landed spacecraft on the Martian surface – will do everything they can to successfully land InSight on the Red Planet.”