Actress Heather Locklear recent slew of disturbing reports about her health and recent arrests is in stark contrast to the reputation of TV icon she held in the ’90s. Prompting many of her fans to wonder what exactly happened over the years to lead her to this current situation?

Heather Locklear has been placed on another psychiatric hold after suffering a mental meltdown Sunday at her home, Fox News has learned.

A source close to the “Melrose Place” star told Fox News Monday the call was made to paramedics for her own safety and not because any crimes had been committed.

“Yesterday, Heather was at her home with her therapist and lawyer and she simply had a mental breakdown. EMT’s were called to her home and it was a medical call, not a criminal call,” explained the source. “The call was simply a mental health precaution and Heather’s family and friends will continue to support her road to achieving a positive mental health state.”

First reported by TMZ, paramedics were called to Locklear’s home after her therapist and lawyer reportedly realized the 56-year-old was in need of medical assistance. 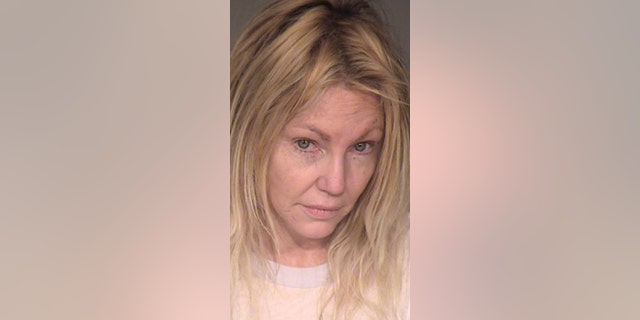 Actress Heather Locklear was placed on psychiatric hold once again on Nov. 18, 2018 after EMTs were called to her Los Angeles area home.
(Ventura County Sheriff)

Locklear has faced a series of arrests and hospitalizations in the past year. She was arrested in February after an alleged confrontation with her boyfriend, Chris Heisser. She then allegedly attacked officers who were responding to the incident, officials said at the time.

Locklear was also arrested in June when police responded to her home after receiving a disturbance call. Cops found the actress “heavily intoxicated” and “arguing with other subjects at the residence.”

Locklear was arrested after she allegedly kicked a police officer and emergency personnel while she was being taken into custody.

Just hours after posting bail in June, the actress was hospitalized after emergency responders got a call about an alleged overdose. Locklear was fine after the incident and reportedly checked into rehab for alcohol and mental health treatment.