Officer Samuel Jimenez was identified as the officer who was killed “from tonight’s senseless active shooter violence,” Anthony Guglielmi, Chief Communications Officer for the Chicago Police Department, tweeted. “Please pray for his family, his fellow officers & the entire #ChicagoPolice Department.”

The medical examiner said it was notified of four deaths stemming from the shooting but it wasn’t immediately clear if that total included the shooter, who apparently died in the incident. Officials didn’t clarify if the shooter was killed or died from a self-inflicted gunshot wound.

Earlier Monday, Guglielmi said “multiple victims” were reported at the hospital. He tweeted that, “Officers are doing a methodical search of Mercy hospital,” and noted, “At least one possible offender is shot.”

The hospital confirmed just after 5:30 p.m. that a shooting took place, and was over. 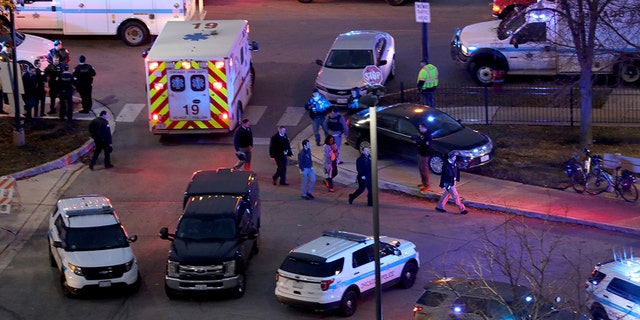 The FBI is assisting Chicago police in their investigation.